The National Cancer Institute jumped in early on the XMRV discovery and has probably funded more research into the retrovirus than any other Institute but two weeks ago they were the first NIH Institute to definitively say that XMRV did not play a role in CFS or prostate cancer.
Now the NIH’s update of their website is concluding much the same thing – while leaving themselves some wiggle room. Their website now states that XMRV appears to be a contaminant and then, in a bit stronger language, “The body of evidence now indicates that XMRV does not play a role in ME/CFS.d”

What does this turnabout mean for the two NIH studies? Nothing; for one they’re careful to state that the evidence ‘now’ indicates XMRV does not play a role in ME/CFS – which means they have not closed the door yet and the two studies, both of which the WPI is involved in. The BWG study is due this Fall and Lipkin study at the end of this year.

The NCI and Their Video – Meanwhile the NCI has released a Bulletin that not only explains, in laymen’s terms, the XMRV story the way NCI researchers see it but even includes a 6 minute video. 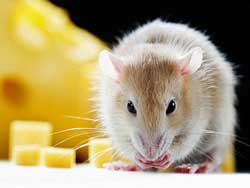 They describe a series of sometimes remarkable findings. A key finding was the discovery that the genetic sequences of two viruses in mice fit together almost perfectly to form XMRV. This made it clear that XMRV did indeed come from mice…but which mice? Switch back now almost 20 years earlier as researchers culture a bit of prostate cancer tissue in mice cells to create the first prostate cancer cell line.

Last year a study showed that that same cell line was producing large amounts of XMRV and it was coming the mouse cells the prostate tissues had been cultured in.


Molecular Viral Archeology – A thorough study of mice strains cemented that finding when it found that XMRV could only have come from the strain of lab mice used in the prostate cancer cell culture.

That did not mean that XMRV could not have jumped from the lab into humans and caused CFS in people who became ill after 1996. The second part of the vise that has closed in on XMRV involves genetics. Thus far all the published sequences look almost exactly like the XMRV that came out of that lab – suggesting that they never entered the human body. The WPI has submitted sequences to GenBank that they say are variable enough to suggest otherwise but that assertion appears to have fallen on deaf ears. (The CAA reported that some experts stated the new sequences looked very much like the old sequences).

(There is a caveat…the CDC has found sequences in prostate cancer variable enough to suggest this virus has infected humans……but does this effect the CFS findings? Not until somebody can find those same sequences in CFS patients….and thus far nobody has found them or any evidence of XMRV in the 10 CFS studies or the almost 20 non-CFS (non prostate cancer studies) studies.

It’s certainly true that there has never been any direct evidence of contamination at the WPI….Dr. Jonathan Stoye noted that

“Admittedly, we have no direct evidence of a patient sample being contaminated,” but stated that “all of the indirect evidence leads one to believe that contamination is the most likely explanation” for reports of XMRV.

A Primitive Virus – Another leg of the NCI’s argument that XMRV has not infected people with ME/CFS is the fact that XMRV appears to be easily squashed by the immune system. Yes, if large amounts of XMRV are injected directly into the blood streams of primates, it can go on to infect many other tissues but the infection appears to be quickly squashed even in this instance. Some researchers find it hard to imagine how a virus that doesn’t or rarely replicates in human cells can do much damage. (The WPI has reported that XMRV does replicate in B-cells).
https://www.cancer.gov/ncicancerbulletin/061411/page5

Having two large Institutions publicly cast doubt on XMRV was stunning but citing new positive study results and new evidence soon to be released Annette Whittemore looked quite confident on a recent Nevada Newsmakers program. She noted that the WPI was still collaborating with some NCI researchers who apparently are not in agreement with the NCI’s recent announcement. At some point hopefully this year all sides will agree on just what XMRV means for CFS and other disorders.