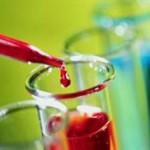 WPI Response to the Singh Study

The WPI’s first response to the negative XMRV CFS Singh paper didn’t take long to come out. (Apparently a longer response will appear in the Journal of Retrovirology).

Hiding in Plain Sight? WPI Refutes Contamination Theory – Claims Distinct XMRV is Present – For over a year the WPI has gone along with the conclusion that their published samples from ME/CFS patients were essentially identical to the prostate cancer samples. The Science paper stated that the ‘complete XMRV sequences are >99% identical…to those detected in prostate cancer.’

Now the WPI may be stating that one of the CFS samples they deposited in GenBank is, in fact, distinct from the type of XMRV found in VP62 and the 22RV1 cell line.  Since they don’t appear to have added samples to GenBank recently (and in fact state that they are in the process of doing so) their statement seems to infer that this strain is already in GenBank. If that’s true then their claim that this sample is actually genetically distinct from the others is a change of position that puts them at odds with other researchers.

Coffin Disagrees – Hue’s genetic analysis indicated that the WPI’s strains were not distinct from VP62/22RV1 and in  an LA Times article Dr. Coffin disagreed with their conclusions stating the differences amount to a few base pairs in 8,000. “That’s about the amount of difference I would expect to accumulate during one or two tissue culture passages,” wrote Tufts University retrovirologist John Coffin.

It Really Will Take a Family – The problem, of course, is that any gene sequence that appears to be associated with 22RV1 is now suspected  (but not proved) of being a contaminant. If the WPI can prove that they have distinctive strains of XMRV that have been altered by their passage through the human body they can put a big dent in the contamination theory.


Essentially what they want to do is establish the presence of a variable XMRV family that includes the pMLV sequences both they and Dr. Lo have found as well  as the VP62 XMRV, other ‘similar’ types of XMRV, the p forms (pMLV’s found by Lo et. al.) and other related human gamma retroviruses. The CDC’s recent finding of distinct strains of XMRV in prostate cancer cells does suggest that these strains are out there…but are they in CFS patients?

XMRV Sequences From the WPI Going Into GenBank (finally) – The multiple XMRV sequences  they have submitted to GenBank will help to answer that. The WPI has been stating for over a year that they have proof of more variability but for whatever reason have never put the sequences them into the GenBank repository for other researchers to study.   Now they are and the arguments can (and have already begun) on what constitutes a ‘distinct’ sequence. Its clear that the WPI will need more ‘distinctness’ in the GenBank to convince Dr. Coffin and others that they’ve found something really new.

The WPI also stated that they have extensive controls in place to prevent contamination and that about a third of the 3,000 tests they have done have been positive for XMRV.

The Human Isolate Question-The WPI appears to propose that their use of a human isolate of XMRV allowed them to find an XMRV-like family of viruses containing VP62 strains,  p variants of the virus (Lo et. al’s pMLV’s)  and other strains and that Dr. Singh’s use of an XMRV  clone developed from the VP62 strain lead her to miss those strains and that is one reason that she didn’t find anything.

(Note though that the WPI did say that the patients they directed to Dr. Singh  tested positive for antibodies to the VP62 strain – which, given the increased sensitivity of Dr. Singhs  tests she should have  been more effective at picking up. The WPI’s argument regarding using a human isolate possibly explain reduced results  but it’s hard to understand how it could explain ‘zero’ results.  The data from the original study indicated that tests using VP62 were adequate to pick the type of XMRV found in that study. ).

I asked Dr. Singh if she felt her use of the VP62 clone impaired her ability to find  all the XMRV or XMRV-like sequences that were present? She replied that retroviral tests should be able to easily pick up the amount of variation that has been published thus far.

VP62 is a human isolate of XMRV – it was isolated from a patient with prostate cancer.  There are hardly any differences between VP62 and XMRV isolates from the Mikovits lab – a total of 8 to 32 bases among 8000 bases.  That is a difference of only 0.1 to 0.4% – which for retroviruses is not much variation at all, given that they utilize an enzyme that cannot proof-read for their replication.  Using any one of the 6 published isolates of XMRV should lead to outcomes that are not significantly different.

Exact Replication? Dr. Singh reported in her paper that she ‘replicated’ the methods of the Lombardi paper but there were differences. I asked if she was could be getting different results because of small differences in preparation and testing?

We used a total of 9-12 assays on each sample to look for XMRV. Some were new assays that we developed – and these assays are far more sensitive than any of the assays where sensitivity data is shown. Others were a replication of assays performed in Lombardi et al or Lo et al. The viral culture was done exactly as explained by Dr. Ruscetti.

And then explained one difference that she felt was missing in both the Lombardi and Lo studies which meant the studies were ‘prone to contamination’; ie there was one part of those studies that she felt compelled not to replicate.


The nested PCR was done as described in Lo et al, with one small modification. We used the dUTP-UNG system to prevent contamination of our lab with PCR products.

Since nested PCRs involve opening of tubes containing a PCR product, the danger of this product contaminating other equipment, reagents and samples in the lab is very real. Once contamination has occurred, it is very difficult to get rid of it. Any reputable lab that uses PCR as a test on clinical samples, uses dUTP-UNG. It has been shown to not affect the PCR itself, and to provide a very real safeguard against contamination.

I do not know why Lo et al or Lombardi et al used a process prone to contamination like the nested PCR, and then did not use the dUTP-UNG system (you’ll have to ask them). But I could not risk contaminating my lab with PCR amplicons – then every subsequent test we did would be suspect.