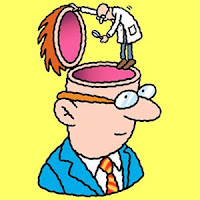 “Depression is melancholy minus its charms.” Susan Sontag

This past weekend was rough. After having 8 treatments of Ampligen over the past 4 weeks go so smoothly, I wasn’t prepared for the surprise dark cloud that rolled over my horizon beginning Friday evening. Some would call it depression, and I’m OK with that. But upon further research, I think the more appropriate term is “anhedonia.” Let me explain.

Starting late this past Friday afternoon, I began to sense an overall mental malaise come over me – a generalized anesthetizing lack of emotional feelings. This “vacuum” of emotions continued into Saturday, to the degree that I was no longer enjoying watching the Olympics on TV, was no longer interested in eating, and surprisingly for me, no longer even interested in sex. This was especially disconcerting due to the fact that my wife had just flown in from our home country, after having been away for the past 20 days. And what’s more, she looked great. I mean, really great, if you get my drift.

Although my mind could process this fact empirically, neither my heart, nor my body would have any of it. It was as if something in my brain was “unplugged”, and nothing was reaching my heart. I had no appetite for anything, and ended up just laying on the couch, mindlessly clicking the TV, noticing that the only thing I could actually feel was a headache. And that made me frustrated, and that prompted my old friend, the “F-word” to come roaring back.

Of course, my wife responded appropriately, basically telling me that cursing at her was neither charming, or a good way to get romance. Well, you get how the weekend went, right?

In a desperate attempt to figure out what the heck was going on with my brain chemistry or my body, I did what we’ve all learned to do in our situation, and went to the Internet for research. What I found jumped off the page at me on scores of reports.


It turns out that, when you read the journals and reports of other Ampligen patients, some from the 1990 original trials, and others in 1999 and beyond, you find this “emotional trough” hit many of them. Even more striking to me, upon reading these reports, was that almost to the person, this “cloud” of “blah” occurred almost exactly one month after beginning the Ampligen!

Friday marked the end of my first month. Ding!

I went on to do more research, and discovered that this is not a new thing for other immunomodulatory drugs. For example, if you search “interferon alpha” a standard anti-viral drug used to fight Hepatitis C and some cancers, you will see most of the reports citing this “depression” “irritability” and “anhedonia” that hits interferon patients- again, after the first month of treatment. The reason the drug does this, these Journal reports describe, is that the drug basically messes with the serotonin levels in the brain.

Because of the immune modulating properties of Ampligen, that I believe probably have affected my serotonin levels, what I felt this past weekend was likely best described as Anhedonia- which the medical dictionary defines as: “an inability to experience pleasure from normally pleasurable life events such as eating, exercise, social interaction or sexual activities.”

Whatever you want to call it, it was no fun. But surprisingly, as quickly as it arrived, like a Mid-Western downpour, the storm clouds pretty much blew away today. I received my usual infusion of Ampligen this morning, and as is typical after, I feel some mild flu-like symptoms. But I do have an appetite again, had an animated conversation with my wife on the ride home, and am “feeling” things again. But I have to admit, I’m still sort of on guard. The speed with which the darkness came over me, and the lack of warning from either my doctor, or anything I had read to date, sort of shocked me.

Your comments and questions as always are very valuable to me. Please also participate and support the forum here so we can continue to be informed. Thanks!