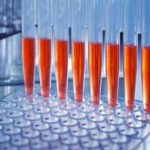 The CFIDS Association of America (CAA) released a list $2 million dollars worth of new CAA funded studies  last week. There’s something of a ‘gestalt’ to a CAA study; the CAA likes to fund studies that gather enormous amounts of information and then use data mining techniques to ferret out new patterns, they like to ‘smush’ researchers in different fields together to paint a big picture of CFS, they’re very high on finding treatments and they want results quickly.

We’re still waiting on the results from some of the last package of grants. Most intriguing will probably be the Knowledgebase study which was designed to first build a huge knowledge base of ME/CFS results and then use data mining techniques to find potential biomarkers.  The initial results were apparently good enough for the CAA to partner with a startup venture called Logosomix to shop around their biomarkers. We’ll hear more about that later. We’re also waiting on the metabiome study which was characterizing the complete gut flora of patients before and after exercise).

The seven new studies are all expected to end within 18 months.  As with other CAA grant packages this diverse package includes a wide variety of studies on treatment, pathogen, immune, brain imagining, drug discovery and definition studies. (More information on the pathogen and definition studies later). 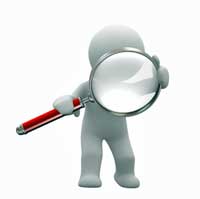 Drug Finders On the Hunt


The KnowledgeBase project from the last grant cycle, and the Biovista project in this one are what I think of as uniquely CFIDS Association research projects. These are unusual computer driven projects that you don’t see elsewhere. Both compile enormous amounts of existing information and then sift them to see if new patterns emerge.

We’ll see how they turn out but if they do the potential for new ideas, new directions and ‘new’ drugs for ME/CFS appears large.


We propose to utilize Drug Repurposing (DR), the process of using existing drugs in indications other than the ones they were originally designed for, in order to identify novel drug candidates for the treatment of CFS


Biovista is a ‘drug repurposing’ company which works two ways; one, they work with drug companies to find other uses for their already validated drugs and two, the one that applies to the CAA’s grant, they identify drugs that are already in use for other disorders but which might make them useful for a different disorder, such as CFS.

Biovista is going to take a deep look at currently available drugs (the entire FDA approved database of drugs) to see which drugs (or combinations of drugs) may be able to affect cognitive, sleep, fatigue and other symptoms in ME/CFS as well as the proteins and genes that have been implicated in ME/CFS.

Biovista’s search could turn up some real surprises. Many drugs that work in one condition are later found to work in other, sometimes unrelated conditions. Thalidomide, a sedative, was pulled off the market in the 1961 because of the birth defects but made a reappearance recently because of its ability to treat multiply myeloma and leprosy. Several anti-depressants are now being successfully used to treat pain in people without depression and Rituximab, first developed as a chemotherapeutic agent, is now used to treat many autoimmune disorders, and, of course, is now being examined in CFS.

Researchers are targeting the processes at play in ME/CFS and hope to develop drugs to treat them but it will (a) take years to validate the problems present in CFS and (b) more years to develop drugs for them. Finding useful drugs already approved by the FDA is easily the quickest way to provide relief now for ME/CFS patients.
Three for One: Brain Imaging/Gene Expression/Cognitive Study Seeks to Explain Exercise Problems

This is another of those complex, multiple interlocking studies that one is sometimes surprised to find the CAA, with it’s limited resources, funding. (Dr. Vernon noted that when researchers are really interested in something they find a way! ).

First they’ll blast 15 ME/CFS patients who meet both the CCC and Fukuda criteria for ME/CFS with a nice ‘moderate’ (ha ha) exercise test, then slam them mentally with a cognitive “N-back’ test – throwing their systems into ‘beautiful disarray’ – and they’ll put all that data together using Gordon Borderick’s statistical magic. (The N-back test, by the way, isn’t just any cognitive test ; it starts out easy and then incrementally ramps up the persons cognitive stress levels to test their working memory, concentration, attention, and information processing at varying levels of mental stress. )

They hope to get at the origin of post-exertional malaise (relapse) , delineate subtypes and provide biomarkers for treatment approaches.

The Strain of it All? Rowe Study Suggests Muscle/Nervous System Problems Intertwined in CFS


This will establish neuromuscular strain as an important, clinically measurable contributor to the generation of CFS symptoms 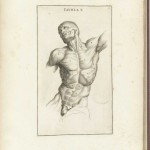 Dr. Rowe has been a leader not just in chronic fatigue syndrome but in orthostatic intolerance (the inability to stand without symptoms) research. He published his first paper on OI and CFS way back in 1995 (in Lancet no less) and he was a leader in establishing the presence of hypermobility syndrome in a subset of ME/CFS patients as well. Now Dr. Rowe is, once again, ploughing new ground with a study examining whether ‘central sensitization’ is present.

This fascinating study could shed light a crucial, crucial area of ME/CFS – the problems and pain associated with movement. Given the muscle pain problems in ME/CFS – particularly after exercise – and the studies documenting increased pain sensitivity after exercise, it seems, odd, in retrospect, that no one has looked at ‘neuromuscular strain’ until now.

Dr. Rowe noticed that many people with ME/CFS don’t appear to have full motion in their limbs and spine – perhaps as a result of the pain they are in. Dr Natelson has suggested that movement could sensitize the nerves in the muscles in CFS and now it appears that Dr. Rowe has figured out a way to prove that it is.

The experiment is amazingly subtle…Dr. Rowe has found that having an assistant hold up a subjects legs at a 45 degree angle for 15 minutes is enough to alter their autonomic nervous system functioning and increase their symptoms. (Dr. Vernon noted that one of the strengths of Dr. Rowe’s proposal was the amount of data he had already gathered to substantiate this).


Rowe believes that documenting ‘neuromuscular strain’ as a key driver of autonomic nervous system abnormalities and symptoms (central sensitization) in ME/CFS should lead to finding the genes responsible for this. (One can easily imagine the Light gene expression findings fitting well in here). 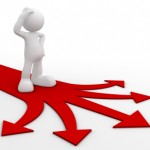 Medow was successful enough in Research1sts first grant package to win a second grant to extend it. In the first study he found that the longer a person with CFS was upright the less ‘smart’ they were and that their ‘brain drain’ was associated with reduced levels of CO2 in the blood and reduced blood flows to the brain. (Reduced C02 levels due to involuntary hyperventilation can result in vertigo, dizziness, confusion, lack of air, blurred vision and rapid heartbeat, palms sweating, and muscle stiffness, etc). Their data indicated that – (and this is another ‘signaling’ issue ) that the body didn’t respond as it should to increase their CO2 levels.

Now that they’ve identified the problem they’re going to try and fix it. They’re going to get their patients back on the tilt table -sending their blood CO2 levels and brain blood flows plummeting – and give them three different substances ( CO2, phenylephrine, acetazolamide) which they hope will fix or at least help the problem. If some of that brain fog and mental slowness disappears when ME/CFS patients are tilted, no less, they’ll have a breakthrough on their hands. For one they’ll have shown that reduced blood flows play a critical role in the some of the problems patients experience and secondly they’ll have some treatment ideas.


The emerging field of metagenomics presents the greatest opportunity—perhaps since the invention of the microscope—to revolutionize our understanding of the living world. …National Academy of Science 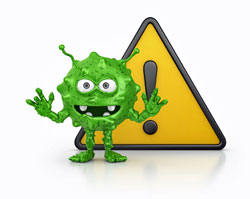 How many more human viruses remain to be identified? The recent discoveries of highly prevalent human viruses indicate that this is a fertile field of research Eric Delwart.

Delwarts lab has reported finding many novel viruses, including one last year (HMOAstV-C) that is prevalent in humans. In 2011 he authored a paper highlighting how to determine whether a newly discovered virus is an innocent bystander or a pathogen.
In Delwart’s ME/CFS study he will use the power of metagenomics to look for known and novel infectious agents in the CAA’s Biobank samples. (He is doing a similar but smaller study with the CDC).

The Tail Wagging the Dog? McGowan Believes Immune Cells at the Heart of it All


One theme that runs throughout the CFIDS Associations new grants is the need to tweak, prod or otherwise stress something in the body and see how it reacts. This desire to push a system and watch how it rebounds is becoming almost a kind of ethos in ME/CFS research now. 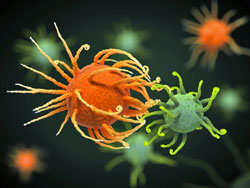 In this study McGowan is going to whack the immune cells of CFS patients and healthy controls with a stress hormone and see how they respond. In doing so he’s turning some accepted wisdom on its head; both of the major stress response systems (HPA axis/autonomic nervous systems) in the body have problems in ME/CFS. Since they are also the two major immune system regulators in the body it makes sense that they’re helping drive the inflammation found in ME/CFS but McGowan appears to believe that the tail is wagging the dog in this case; he believes that the main problem lies in the immune cells -in particular in their inability to respond to signals from the HPA axis not the other way around.

(The idea that ME/CFS is a ‘signaling disorder’; ie a disorder in which different systems of the body aren’t communicating properly with each other is a major theme in complex disorders like ME/CFS which do not appear to be localized in one organ. )

While McGowan is stressing those immune cells he’s also going to see if epigenetic changes in them could explain why they’re behaving so oddly. If the gene responsible for having an immune cell respond to an immune modulator – cortisol – for instance, has been silenced by an epigenetic process then the cell will not respond. Something like that could set the stage the Th2/B-cell/inflammatory problems in ME/CFS. Add in the fact that the glucocorticoid receptors McGowan is examining are found in virtually every cell in the body and you can see the potential for system wide havoc.

McGowan is not just looking at epigenetic changes in immune cells, though, he’ll also be looking for epigenetic changes throughout the genome. This approach has worked well in complex diseases such as asthma and hopefully it will work well in ME/CFS as well.