Nijs has been studying exercise and pain in ME/CFS and other disorders in Belgium for years. In this study, the first with CBT specialist Bleijenberg, Nijs noted that kinesphobia (fear of movement) and catastrophizing (expecting the worst) were common in ME/CFS and tested how they effected physical performance and activity levels.

Like so many studies this one had an somewhat paradoxical result; CFS patients with high fear of movement and catastrophizing did do more poorly on the exercise test but they weren’t less active overall (!); that is it did stop them somewhat during strenuous exercise but not in their daily lives. This was the first study to associate increased levels of kinesophobia in ME/CFS with increased pain levels.

The authors described what they felt was a vicious circle albeit one that made sense…the more pain a person felt the more depressed and negative they became and the more they reacted to those symptoms and thoughts with increased rest.  They stated that catastrophizing and kinesophobia might be able, if I understood correctly, to account for about 25% of the pain the person is feeling.  This suggested that reducing worries and  ‘ruminating’ could reduce pain levels and increase activity levels somewhat. They noted that these findings are similar to those found in other chronic pain conditions.


They also noted that a very high dropout rate in the study (over 60%) made comparison to the CFS community as a whole problematic. Lastly they noted that changes in ‘negative affectivity’, increased physical activity or in ‘body conciousness’  did not explain reductions in pain after CBT. That was surprising because those were the very elements (decreased catastrophizing = decreased negative affectivity; increased activity = decreased resting, decreased body conciousness = decreased ruminating) that their study suggested was contributing to pain. Instead the reduction in pain was correlated with reductions in fatigue which meant that fatigue is intimately associated with pain in CFS.

This study suggested how tricky the behavioral field is. Yes, catatastrophizing, ruminating and worrying do, as expected,  increase pain and fatigue levels but there’s no evidence that they can account for most of them and why CBT works in some individuals is unclear.  What is clear is that fatigue and pain appear to be flip sides of the same coin; if you have alot of one you often experience alot of the other.

The Forums Weigh In

This study of young adults exposed to Giardia outbreak in Norway in the mid 2,000’s found that about 5% ultimately did not recover and remained ill seven years later. Females were effected more than males but interestingly enough gradual onset was common suggesting that this pathogen took its time to do its damage. Increased anxiety and depression scores reflected a secondary response to having a chronic illness rather than being a primary factor in their illness.

Just last year a Moldovsky study indicated that signficant numbers of post-SARS patients remained ill (and mostly untreated and definitely ignored) almost ten years after SARS struck Montreal in the summer of 2003. One wonders if there’s any reason to believe that other outbreaks of pathogens don’t leave behind similar numbers of fatigued, ill and confused patients. In any case the number of pathogens (enterovirus, EBV, parvovirus, SARS, Giardia) known to leave behind a CFS-like condition is growing steadily.

Prominent ME/CFS researchers have  long felt the need for a standardized, everyone on the same page, type approach is needed to make sense of this very heterogeneous disorder.  They already have enough trouble dealing with the multiple subsets that may be present without having to worry about ‘researcher variability’ as well.

This paper, authored by Dr. Lenny Jason and with help from many CFSAC co-members,  sets out distinguish the ‘minimum data elements’ they believe researchers need to use in their studies to ferret out those oh so crucial subsets. For instance, they believe all researchers should use certain functional and symptom criteria  and suggest a variety of critical tests (exercise tests, HRV, 24 hour urinary cortisol, natural killer cell functioning, etc.) that would impact our understanding greatly if they were commonly done in CFS studies.  Finally they heartily recommend the use of cross-platform programs such as Redcap and note that three groups (CFI, CAA’s BioBank and CDC) are now attempting to use standardized criteria to uncover meaningful subgroups.

Obviously most studies cannot include all these tests but in this first slice at ‘cleaning the CFS research house’, Jason et. al have provided a baseline of ‘criticality’ researchers could use to argue for their inclusion in their studies.

The Forums Weigh In

Attacking Memory in the Shadow of Chronic Pain

Targeting Cortical Representations in the Treatment of Chronic Pain: A Review.

This review is intriguing not just because it deals with a subject – chronic pain – that is common on ME/CFS – but because the same neural pathways that become  ‘re-organized’ (anterior cingulate, insula, somatosensory and motor cortices)  in chronic pain conditions such as fibromyalgia, phantom limb pain, low back pain, etc. – also appear to be effected in CFS. These doctors believe cognitive and behavioral approaches can be helpful in altering the ‘pain memories’ they believe are at least partly responsible for increasing the activity of pain centers in the brain.


The relative frequency of these medical problems in patients currently diagnosed with fibromyalgia is unclear, but would be worthy of future study.
This was just a case study but it was intriguing to hear of an apparently ‘solid’ FM patient turning, after muscle biopsy and lactic acid tests were done, into a mitochodrial myopathy patient. Not many CFS or FM patients get biochemical/genetic muscle biopsies done and the lactic acid study results have generally not been significant but one wonders what percentage of patients might get a similar diagnosis if they had this work done. (Some small research studies have suggested muscle mitochondrial problems may be present in both CFS and FM).
This woman symptoms gradually showed significant improvement over several months using  coenzyme Q10 (ubiquinone) 200mg, creatine 1000mg, carnitine 200mg and folic acid 1mg  (4x’s/day). (Freebie – get the full study here – https://www.jmedicalcasereports.com/content/pdf/1752-1947-6-55.pdf

Validating the Pain of Exercise  in FM

These authors looked at what happens during ‘sustained muscle contractions’ (ie exercise). They measured pain thresholds before, during and after isometric arm exercises and found that a) people with FM fatigued much more quickly and their sensitivity to pain went up after exercise.   What does this mean? It means that exercise results in reduced pain levels in healthy controls but  increases pain levels in people with FM.  Nijs showed that the same process is happening in ME/CFS last year. The biq question, of course, is why – and that the authors had no answer for. 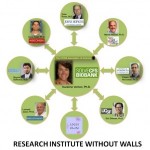 The CAA announced 7 new research projects totaling a 2 million dollar investment. They included a drug discovery project, a brain imaging/gene expression’data mining study, a epigenetic study looking at problems in the immune cells, an intriguing look at how mild muscle use may be setting off the central nervous system, a treatment trial trying to get the blood flowing again, a metagenomic study to search for viruses and a project aimed at producing a new definition.  Find out more here.
The CAA is trying to do more than fund studies; its also, in partnership with other researchers, trying to transform how ME/CFS research is done. Check that out in CFIDS Association Embraces Open Science Movement: Seeks to Bolster CFS Research Field.
The Campaign To End Chronic Pain in Women wants two things from the federal government; recognition and money…Recognition that 25% of women are dealing with a chronic pain condition (ME/CFS, FM, IBS, Interstitial Cystitis, Vulvodynia, TMJ) which receives abysmal funding, and attention from the NH and money to deal with the problem. As with ME/CFS the NIH has stuck its head in the sand and essentially ignored millions of women who must deal with often disabling pain.
The Campaign believes that must stop…and they made their case at a Senate Hearing on the 13th. Check out that story here and read ME/CFS patients Jennie Spotila’s seering Senate testimony on her search for pain relief from a largely clueless medical community.
Young People with ME/CFS to Speak Out – ‘Speak Up About ME’ will be back in Washington this spring giving voice to the needs of young people with ME/CFS. Find out what they’re doing and how you can support them here.

“Occupying CFS” – Former CAA Board member, Jennie Spotila is occupying ME/CFS in her new blog…OccupyCFS . What does she mean by OcccupyCFS? From her blog:

The primary definition of the word occupy in the Oxford English Dictionary is:  “To take possession of, take for one’s own use, seize,” and that is my mission.  CFS took possession of my body on October 6, 1994.  But now, I am taking CFS for my own use.  I am seizing this illness by the throat and shaking secrets out of its pockets like pennies falling on a sidewalk.  I will share those secrets with you here, and I invite you to Occupy CFS with me by sharing your perspective and experience.

Find her new blog here
Person with ME/CFS Celebrates on top of Mt. Kilimanjaro –ME/CFS is a tough, tough climb and perhaps there’s no better way to ‘celebrate’ ones increased health after 20 years of it,  than to finish off another tough climb. That’s what improved patient Lisa Moretto is doing on Mt Kilimanjaro this week and she’s raising money for the Vt. CFIDS Association while she’s doing it. Check that out here.
Share this!