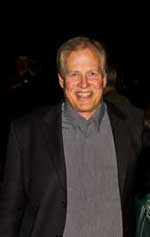 Just to backtrack a bit, I first saw Peterson in September of 2009. It was the same old story: what can I do to get these gutless NK cells back in gear? “Immune modulators, like Ampligen and gamma globulin”. That day, I tested for XMRV, and my positive results took the leading role for the next 11 months of treatment.When I saw Peterson again in October, no mention was made of immune modulators and the discussion instead took on the complexion of AIDS: how is it transmitted, if he were me, he’d plug himself in the first trial of AZT, etc. I then decided to see a doctor in Columbus whom had cured a ME/CFS patient and was evidently helping a few more.

When I first started seeing this doctor, I was worried that I was the only one that had tested positive for XMRV with any lab. After 8 months of Bechamp-based neural therapy with Sanum homeopathy, that is still the case, and my clinical markers have shown mixed results. My C4a is much better, dropping from 28000 to 800, but Slayadragon (Miss Mold Warrior) thought that the relocation in and of itself may have been the cause. The other ME/CFS patients that tested their C4a also showed normal or borderline normal numbers, so she may be right. My TGF-Beta 1 was slightly elevated, NK cell count and cytotoxicity were in the dumps, and neutrophils still shriveled like an insecure manhood. As Peterson said, if there were one test he would use to see where your CFS stands, it is the NK cell function.

10 months after my last visit to Peterson, I barely made the wretchted flight from Columbus to Reno and, that night, lamented how my previous crosscountry trip in January didn’t seem to resemble the deathly gallows nearly as much. My parents met me in Reno and on the way up to Tahoe in the middle of the night I had my earplugs in deep and my sunglasses on tight from the overstimulation and doubly lamented that I couldn’t even talk to my father after seeing him for the first time since he helped me move into my Columbus apartment in January. To make matters worse, I had sat next to someone with bronchitis on my 4 hour flight to Las Vegas and another fountain of mucous on my connecting flight to Reno.

30mg of Temezapam and 9 hours of sleep later, I woke up and got my list of questions ready for Peterson. I was excited to hear what had changed on the front lines of XMRV. Except I felt like I’d gotten the flu and could barely talk or sit up for that matter. I told my parents “I think I got sick” – those words always sound a bit unsure and confused coming out of a CFS patient. Incubation periods of 2 or 3 days? Try 12 hours for a CFS patient with no NK cell function. 2 water enemas later (true story), I at least felt like I could make it to Dr. P’s office.


When I saw Dr. P, he hustled into the office with the same boundless energy and “boy have we got lots to talk about” look I last saw in October. However, he seemed to have a different, calmer disposition this time after removing himself as Medical Director of WPI and focusing on practicing medicine. We talked a bit about testing: he said the LnCap culture is probably the best option we have now. Said the antibody test will be interesting because there has never been an infectious disease where an antibody response doesn’t occur. As for transmission, his hypothesis is that it’s like other retroviruses: sexually transmitted and germ-line transmitted (generation-to-generation). I do not think he’s convinced yet that every true CFS patient has this retrovirus, but do keep in mind that Peterson isn’t the type to go out on a limb; he usually lets the science come to him. He claims to want nothing to do with the media hype surrounding the Alter/Lo paper, and as you’ll see, he has reason not to care much for clinical purposes. He knows it’s huge for politics.

We talked about the big elephant in the room: antiretroviral drugs. He seemed mixed on them, starting with caveats galore and saying “it took AIDS patients 3 years to really understand what’s going on,” and “no AIDS patients got better in 3 months ok?” Bottom line: he knows of at least 10 patients on ARVs and nobody is better yet. That doesn’t mean “don’t do them” but he definitely wouldn’t do ARVs until XMRV+ results have been replicated with another lab (a few confirmation studies are referenced in the last paragraph) and then results may take months to years to manifest. He said true retrovirologists (and he) are thinking a combination of immune modulation and antiretroviral drugs will be necessary for XMRV+ patients. He thinks there will be a joint trial of modulators with ARVs (ampligen+ARVs, IVIG+ARVs, etc) within 2 years.

I then, somewhat embarrassingly, broke out the news that I was considering going to Panama for stem cells. I heard from another patient that he’s not sold on them and you get this impression he thinks it’s somewhat of a reckless move at this point in time, but I still wanted to hear it from him myself. He said he knows of 3 patients that have gone: 1 got a lot better, 1 considerably worse, 1 didn’t budge. I asked if he knows their pre-stem cell XMRV status and he said he does not but would be very interested in finding out. I voiced my angst about XMRV replication with new stem cells and he said “you’re right to be worried. Nothing replicates a retrovirus like stem cell division.”

At this point, I really sank, but instead of reprimanding me for wanting to try everything under heaven, above hell, and little in between, Peterson reiterated what he told me last October: “Young men like you are risk-takers, always will be. If I had this disease at my age, I would have a completely different set of considerations than a 20-something. You’re losing the prime years of your life, but at the same time you also have many potentially good years ahead.” To this latter point, he was telling me that a 60-something patient might feel like he/she has nothing to lose and just take the ARVs, but the long-term damage to someone in my age group is more of a consideration. Again, this is just his opinion. Basically he rendered apoptosis to my last few working brain cells and left me utterfly confused. He ended our appointment by asking “Well, have you given up on Ampligen?”

Now we come full circle. The thing is, I probably would have started Ampligen last November if I’d never known my XMRV status. When Dr. P told me about AZT I couldn’t leave Incline Village fast enough: I was scared of both what I’d be admitting if I did take it (this is like HIV) and what effect the drug would have on me. Now he’s telling me to consider Ampligen anyway? I knew Incline Village had the flair for the dramatic but I could never have predicted this. I had much to discuss with my family. Condensed version: we decided the 40% discount with the group discount on Panama stem cells was not worth the risk of XMRV replication. Ampligen would be worth considering as a bridge to whatever ends up being an effective treatment for XMRV. Will wait for more data before considering ARVs.

When I saw Dr. P again and relayed my decision to him, his face seemed to lighten as if I pried Sauron’s ring off his finger and left him free to come along on the trip just to shoot Orcs in a barrel or something. Yesterday he talked about it like he was guarding this juicy secret, but once it got out, he wasn’t responsible for adding to its juiciness. He said the thing with Ampligen is it’s really dramatic when it works, and it does work in about 70% of patients (and by work I mean improvement, not cure.) Said one woman who was about where I am on the disability scale took it for 2 weeks and felt almost normal. He said the upshot about the other 30% is that no one gets worse and refutes reports from patients saying they got worse because the clinical markers don’t reflect that. I have no way to know if he’s 100% right, but I think people may definitely feel worse from the inflammation. I thought maybe some felt worse because they could no longer tolerate the drug (i.e. Andrea Whittemore at one point), but he said it takes on the scale of 10 years for that to happen. It’s worth mentioning that Andrea did announce publicly she went back on the drug in November of 2009 so it wasn’t a permanently reaction for her, at least. There are plenty of stories floating around about experiences with Ampligen, and ultimately only I can judge their veracity, but there is no question in my mind that it is the most successful single drug ever used for CFS.

He said he and Dr. De Merleir have used Ampligen long enough to get pretty good at predicting success based on clinical markers and said “Yours are perfect for it.” “My biggest worry for you is walking around with no NK cell function and doing nothing about it.” – Talk about a hard sell.

Rrrr was insightful enough to ask: if ampligen works partially by inducing interferon, why not take gamma interferon itself? I asked Dr. P and he said because it makes patients very sick, and in fact, the ampligen dosage needs to be dialed down for some.

Ampligen is best described as going through limbo right now. Dr. Bateman has stopped doing the trial, so only Dr. P and Dr. Lapp are available. Patients need to do the infusions 2x/week, and commuting is highly discouraged, so it’s either move to Reno or Charlotte. There is a washout period of 6 weeks (stop taking all drugs that may possibly interfere) and anywhere from 2-4 weeks of processing. I know Hemispherx is presenting data from their retrospective analysis on XMRV in patient samples from their prior phase III clinical trial on Sept 7-8 at the NIH conference. Cort has heard reports that the drug works better on XMRV+ patients, but we’ll see how it plays out. If the data is positive I hope more doctors will participate in both the open-label cost-recovery trial (patients pay 18-20k/year) and double-blind clinical trials (free but might get placebo.)

I’m getting plugged into a few research trials: one with CAA/GSK (XMRV confirmation and possible subsequent therapeutic trial), one with Dr. Jay Levy at UCSF (XMRV confirmation study and possible viral array study). These are some of the reasons why Dr. Peterson’s not concerned with the Alter/Lo study, and I’m sure there are many more coming. Unfortunately I’ve heard both of these trials are only available through certain doctors. He said the Dr. Jose Montoya study is mostly epidemiological in nature and isn’t sure if they are looking to do any therapeutic trials down the line. I had a long conversation with Dr. P and his research team about GcMaf, and this is something they are looking into. He isn’t doing anything with Peptide T nor has he heard of any Peptide T trials yet.