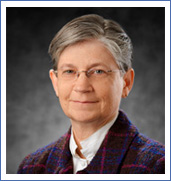 As the Pandora/Dr. Unger meeting, which was prompted by a Pandora letter signed by several US organizations, is about to occur and as we move into our big advocacy month the Phoenix Rising Board is releasing its own letter to Dr. Unger (and is explaining why it did not participate in the first letter.)

First the Board of Phoenix Rising want to congratulate Dr. Unger on your recent appointment as Acting Chief of the Chronic Viral Diseases Branch at the CDC. We realize that you assume this position during very challenging times when relations with the ME/CFS patient community are at an all-time low and trust and respect for the CDC is almost non-existent. We firmly believe, however, that we are also at a crossroads and you have been given a unique opportunity to rebuild that trust by bringing fresh perspectives and creating open communication within the ME/CFS scientific, professional and patient communities. We fully support you in that endeavor.

Name – We request that the CDC recognize that CFS or ME/CFS is a worldwide disorder; that CFS is referred to as ME or ME/CFS in many countries outside the United States, and that several major organizations inside the US, including the IACFS/ME and NIH, now refer to CFS as ME/CFS. We request that the CDC put ‘CFS’ in its proper geographical and historical context by referring to it as ME/CFS.

Definition – We request that you abandon the Empirical Research Definition and utilize the expertise of the ME/CFS research communty to create the criteria for a new definition. We also request that you attempt to resolve the substantial gulf between the CDC’s interpretation of CFS and the interpretation of a substantial part of the ME/CFS research community, by investigating the effectiveness of using post-exertional relapse (post-exertional malaise) to differentiate chronic fatigue syndrome from other disorders.
Collaborate – The key recommendation from the CFSAC, IACFS/ME and CFIDS Associaton of America, at the public hearing regarding the 5 year strategic draft plan, was that the CDC collaborate more. We recommend that you work with the ME/CFS research community to identify and fill gaps in research. We request that you investigate the possibility of being part of a coherent International ME/CFS research effort that utilizes standardized protocols, identifies research opportunities, provides expertise across institutional boundaries and shares data and samples. We request that you become a partner with and actively support the CFIDS Association Research Network and the Whittemore Peterson Institute Biobank.
Communicate – The CDC-funded media and physician education campaigns were designed to alter the public’s perception of ME/CFS but ignored the CDC’s disastrous relations with its core constituency – the patients. We assert that regular communication with the patient community would allow both the CDC’s and the patient community’s needs and aspirations to be evaluated in a more neutral light – creating the opportunity for discussion and movement rather than the friction that currently characterizes the relationship. We request that you participate in regular meetings with members of the patient community.

Be a Real Leader – The CDC is a leader in the ME/CFS field in terms of resources but became known for its lack of interest in the work of outside researchers. We request that you build on your recognition that ME/CFS is a complex disease by becoming a place where the insights of researchers can be heard and expanded upon. We request that you interact regularly with IACFS/ME, CFIDS Association and WPI researchers in order to stay current in this complex field. We suggest that you demonstrate flexibility and innovation by using small seed grants to support outside efforts that might produce advances in the field.

Create a New and Realistic Strategic Plan that is Accountable Financially – The CFIDS Association uncovered information indicating that some CDC studies had astonishingly high costs and that the program lacked financial accountability. The CDC then produced a strategic plan that was wildly optimistic and lacked any financial controls. We request that you create a new strategic plan that accurately reflects the resources available to you and identify core reasons why the CFS program at the CDC is not afforded the resources usually available for disorders of its magnitude. Then lay out a plan designed to address those reasons and request the funding necessary to carry it out.

CDC Physician Toolkit – We request that the CDC start over on its physician toolkit. Since evidence based information on treatment in ME/CFS is scanty and concerns mostly behavioral therapies we believe the most effective provider education program will rely extensively on the expertise of practicing physicians. We request, therefore, that the CDC convene a meeting of notable CFS physicians to get a consensus on suitable therapies and have those findings form the core of a new CFS Physician Toolkit.


Incorporate Physical Stressors into Research Studies – We suggest that a disruption in homeostasis is a key component in ME/CFS and request that the CDC require all future research studies to incorporate a physical stressor into their protocols, and that the CDC work with other groups to elucidate standard stress tests to be used in ME/CFS research studies. Furthermore we request that the CDC investigate PEM in CFS and other disorders using large-scale studies involving exercise testing, immune, metabolic, endocrine and other tests and symptom assessment.

Allied Disorders Conference – A number of mysterious painful, fatiguing and cognitively impairing disorders have been elucidated over the past several decades including ME/CFS, Fibromyalgia, Irritable Bowel Syndrome, TMD, Interstitial cystitis, pelvic inflammatory disorder, etc.. Other disorders and conditions that have subsets of severely fatigued patients include multiple sclerosis, biiliary cirrhosis and post-cancer patients. More subsets will likely be discovered (ie post ICU patients). We request that the CDC, in collaboration with the NIH and other organizations, produce a annual conference designed to elucidate commonalities and differences between these disorders and which will enhance collaboration between researchers in the respective fields.

Deepening the Female Contribution to this Disorder – CDC has begun to investigate reasons why ME/CFS occurs prominently amongst females – research that is long overdue. We note that several female idiopathic fatigue and pain-producing disorders are dominated by women – all of which receive poor funding. We assert that further CDC studies explicating the reasons for the gender difference in this disorder may be able not only to explicate important factors in ME/CFS but in other allied disorders as well.

Keep Your Word As An Organization – An organization without integrity is an organization without a rudder yet the CDC has made several promises over the past few years which it has not kept. We request that the CDC be a place that keeps its word and is accountable for its word. If the CDC, for instance, makes a promise to produce two conferences in the next year then it should either keep its promise or acknowledge that it will not keep its promise, explain why, and remake that promise, if appropriate.

The Board of Phoenix Rising thanks Pandora for initiating the community-wide letter to the CDC and applauds the opportunity it has provided for ME/CFS support groups to work together to achieve better prospects for ME/CFS. Although we will not always agree in our approach, we all share the same goal and are supportive of the efforts of each of the other groups. We believe collaboration is essential to our success as a community and we look forward to being part of future collaborations.

The letter to you, Dr. Unger, was provided to us on Dec. 23rd. We requested modifications in two areas that were of concern to us and were informed that no changes were possible. We therefore reluctantly decided not to sign the letter in its current form. We address our areas of concern below which focused on clarifying two areas.

“Change the diagnostic criteria for ME/CFS so they more accurately reflect the NeuroEndocrimmune disorder discovered in the Incline Village and Lyndonville
outbreaks. Study that illness.”

We agree that ME/CFS has, at times, occurred in outbreaks, and we support studying that aspect of the illness. We recognize, however, that most people do not develop ME/CFS as a result of an outbreak. We also recognize that the Incline Village group, in particular, was a very heterogenous group, some of which experienced gradual onset instead of the acute onset usually associated with an ‘outbreak’; and that information on that group of patients is scanty, making it difficult to discern exactly what ‘that illness’ was. For these reasons, we felt the request had elements that made it difficult to achieve.

Instead of focusing on a particular outbreak or outbreaks PR believes that a thorough examination of the importance of post-exertional relapse (PER) (or post-exertional malaise) is the best way to elucidate the key component that divides ‘ME/CFS’ from other illnesses. Therefore we request that the CDC, in collaboration with other research groups, engage in a major effort to understand the role PER plays in ME/CFS and other disorders and incorporate those findings in a new definition of the disease.

The other issue involved the recommendation that the CDC

“Establish a proactive physician education program through seminars and curriculum in medical schools, showing the biological findings in the majority of patients with thisillness. Provide current evidence-based information on diagnosis and management of ME/CFS to healthcare providers, persons with ME/CFS, caregivers, and evaluate associated outcomes.”


Given the history of the CDC’s physician education programs, which emphasized CBT and GET and did not incorporate many treatments commonly used by practitioners to ameliorate the symptoms of ME/CFS, we cannot recommend that the CDC embark on a physician education program at this time. We would note that the CFIDS Association of America ended its engagement with the CDC Provider Education program in part because the CDC program relied almost solely on “evidence based” treatments. Evidence based treatments refer to treatments statistically evaluated in a research environment. Because few treatments in ME/CFS other than CBT have received rigorous study this greatly limited the CDC’s toolkit. We recognize that the Pandora letter did refer to ‘biological findings’ and did not intend to suggest that the CDC would focus on behavioral treatment but we felt this point was not as clearly delineated at it could have been.

We also question the wisdom of relying on the outcomes of treatment studies done on such a large and possibly heterogeneous disorder. We believe that the key to understanding the efficacy of the different treatment options for ME/CFS lies in dividing up ME/CFS into its constituent subsets and then assessing the appropriate treatment options for those subsets.

We also have some issues with the proposition that “evidence-based” information on diagnosis and management of ME/CFS be provided to health care providers. Relying on evidence-based information for diagnosis requires that the Fukuda (or the Empirical) definition be used, neither of which, Phoenix Rising believes, suitably characterizes this disorder. We do understand that these are interim definitions and, as such, are what is available but we believe the CDC should, in partnership with other researchers, undertake a thorough evaluation of the Canadian Consensus Criteria and incorporate their findings into a new definition. We note that the CDC already does provide ‘evidence-based’ information on diagnosis and management to health care providers, people with ME/CFS, etc.