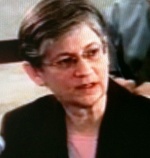 Dr. Elizabeth Unger, the first new CDC CFS Research Chief in over ten years, has replaced Dr. William Reeves – a forceful and controversial figure who put his own initimable stamp on the CFS research program. The ME/CFS community certainly didn’t want someone from within the CDC to emerge as the research head but now that we have her, let’s take a look at her.

Whatever else Dr. Unger is she is smart. She holds both an M.D. and a PhD and her PhD Is in Biological sciences from one of the major Universities in the country; the University of Chicago where she focused on pathology. She is also active; over the last several decades she has co-authored over 140 papers and 24 chapters in books.

Dr. Unger is on the editorial boards of Journal of Molecular Diagnostics, Diagnostic Medical Pathology and the Journal of Histochemistry and Cytochemistry and she has served on boards, committees and working groups of organizations such as World Health Organization, Food and Drug Administration, Gates Foundation Global Health Program, American Social Health Association and College of American Pathologists.

She can be innovative

During her time at Emory University, where she focused on academic surgical pathology, she co-authored a text that brought molecular diagnostics to the attention of the medical community for the first time. She was also a founding member of the Association of Molecular Pathology.

At the CDC she was a member of the team that pioneered the use of gene expression in immune cells. She also helped establish the CDC’s partnership with the National Cancer Institute for the Early Detection Research Network. In 2008 she received the Health and Human Services (HHS) Career Achievement Award for her work with human papilloma virus.

in 1997 she joined the CDC to pursue the molecular pathology of the human papilloma virus (HPV) and chronic fatigue syndrome.

Her research focus has been on pathophysiology; while Dr. Unger has been a co-author of a few papers focusing on behavioral or psychological matters

most of her research has focused on pathophysiology. She has, not, however, been the lead or senior author on many studies in CFS – making it difficult to tell where her interests lie.

The studies that she has overseen have been highly technical explorations on the cutting edge of gene expression and other research such as….

The fact that she has not been a principal author on many papers suggests that she did not play a strong leadership role on the CFS team. Her career in Human Papillomavirus, her other responsibility at the CDC, where she often is the senior author, presents a different picture.

Dr. Unger at the CFSAC Meeting

We got our most extensive look at Dr. Unger at the CFSAC meeting where she was asked a number of questions. What is CFS? – a key, key question the next director of the program will have to face is “what is CFS?”. The CDC is slated to produce a Definitions Conference in the near future. While agreeing that the criteria may need to be adjusted she defended the Empirical Definiton.

She agreed that the disorder is heterogeneous and that ‘the day of a simple CFS versus control study is over’ yet that is still how the CDC operates and she noted later that breaking the cohorts in individual studies down into their subsets would reduce their statistical power. . A problem is that the CDC does not do large enough studies to fully investigate the cohorts present in CFS and there was no indication from Dr. Unger that they would begin to do so.

When Dr. Klimas asserted that a subset of exercise-induced relapse’ would produce a ‘clean group’ Dr. Unger ‘seemed’ to agree but the idea that postexertional malaise is a key determining factor does not seem to hold true for her and at one point during the presentation she said that no symptoms are unique to the disorder.

She did note the possibility of immunological subsets in this disorder and one committee member intimated that in his conversations with her that he understood that she accepted that pathogens play a role for some patients.

Biology, Infection and the Mind/Body Interface

she stated “there has never been any doubt that there is a bout biological basis for this illness” but that there is a mind/body connection as well and emphasized that the body and the mind interact as a circle. She said that does not stop the CDC from looking for an infectious causes and she noted that infection also affects people’s behavior and personality. (She may be referring to the ‘sickness behavior’ paradigm which describes how cytokines and other immune factors have been shown to produce the fatigue, fever, aching muscles that occur during an infection. The CDC has worked with sickness behavior researcher Raisson at Emory on ME/CFS).

She noted that “stress is another word is poorly understood but let me assure you that this illness needs a multidimensional approach; you cannot just look at one aspect or the other of it and that’s why the CDC program has become broad”. She basically wuffed on Dr. Jason’s question if she believes personality disorders are a key part of ME/CFS – stating that that is not her field. She defended the early childhood stress studies stating that they don’t apply to everyone and that they ‘put CFS in common with other biologically recognize illnesses” (which is actually true, increased rates of heart, liver and chronic obstructive pulmonary disorder (COPD) as well as other expected (alcoholism, suicide, depression) have been linked to early childhood stress. https://www.cdc.gov/ncipc/pub-res/pdf…ood_Stress.pdf 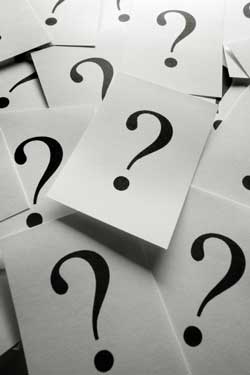 So who is Dr. Unger?  We will know in time. Right now she seems to be a bit of everything – she believes there is a biological basis to CFS but she appears to be dedicated to unearthing the mind-body aspects of it as well. She believes infection does play a role and that infections can alter behavior – leaving the CDC open to a cytokine-based theory of this disorder  – but there’s no indication the CDC is interested in probing this theory more deeply. She appears to believe the stress response plays an important role.

She believes in the big box approach and a definition (Empirical Definition) that gathers together many different types of “CFS’ rather than a narrower definition which might produce a ‘clean’ group of patients. She acknowledges the need to find subsets – yet doesn’t appear to be committed to producing large enough studies to ferret them out.

She is no Dennis Mangan. She admitted that she has not been returning phone calls or collaborating with the outside research community during her tenure as acting chief and she is doing a minimal amount to communicate with patients. Several of the committee members, probably revisiting memories of Dr. Reeves, however, applauded her on her candor.

Dr. Unger has shown that, in the right circumstances, she can be quite innovative and she has shown leadership qualities (starting a journal, starting an Association) at various stages of her career. She is also clearly interested in new and emerging technologies (gene expression, proteome, data mining – CDC) some of which appear to have dropped out of favor during the last years of Dr. Reeves reign.

Will the CDC become a leader in the CFS field? Or will it remain a ‘program apart’ using its own definition off in its own silo; a kind of hulking figure that is too big to ignore but doesn’t inspire confidence or trust, and is at odds with many of its peers? The 2009 Reno Conference was something of a disaster as the best this ‘major program’ could do was come up with a few rather tired presentations and it was mostly ignored. Given their resources the CDC should be leading the pack and their presentations should be eagerly awaited in the IACFS/ME Conferences. If Dr. Unger can manage that feat then she will have done something indeed.