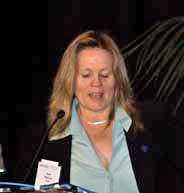 Several weeks prior to publication Dr. Mikovits spilled the beans on the XMRV FDA study stating in an interview with RGJ.Com, what has seemed to be more and more obvious – that the FDA paper in press  is going to confirm the WPI’s findings when it is released. While no one yet had directly said so, the news seemed to be in the air. On the CAA’s Blood Safety webinar, Dr. Alter’s colleague, Dr. Katz said he ‘believed’ the paper would be positive. In an interview in Nevada Newsmaker Annette Whittemore very confidently said that soon several new replication studies will confirm the WPI’s findings; overall the mood seemed very good. Now we know for sure.

(Megan on the Forums has noted that PNAS has a very liberal ‘prepublication’ policy that allows the authors of the paper to freely provide summaries of their findings to journals, etc. prior to publication. Different journals clearly take very different stances on this issue. You can check out their policies here )

It’s a big day, a huge day for CFS and, of course the WPI. How fitting that the WPI, which has endured six months of skepticismas study after study has failed to find XMRV not only in ME/CFS but in other diseases, was greeted with this news as they cut the ribbons on their new facility. While much work remains to be done the news that the several positive studies are on the way potentially means a new dawn for ME/CFS. The implications of the finding are truly immense – legitimacy, vastly increased funding, new treatment possibilities and an immense, immense weight taken off ME/CFS patients shoulders.

There was already good news on the treatment front from Andrea Whittemore, who had became dangerously ill after having to go off Ampligen, as she reported on Nevada Newsmakers that she had improved significantly on new treatments linked to XMRV. With the confirmation of XMRV in CFS the drug companies appear to be picking up track right where they left off six months ago when the negative studies appeared. Dr. Lombardi stated that treatment trials could begin at the WPI soon.

Representatives of drug companies and diagnostic laboratories are reportedly among those attending the WPI’s Symposium this week. Annette reported that the the WPI is putting together a team of physicians to lead the medical end of the WPI as fast they can and hope to open in medical side of the facility in late Fall.

Dr. Mikovits also scooped herself on a paper she expected to published at the end of this year that she reported will demonstrate distinct immune abnormalities are present in ME/CFS patients infected with XMRV. This is a major accomplishment because it suggests an XMRV infection could have profound effects on the immune system indicating it is more than a ‘passenger virus’. With researchers able to show XMRV is causing distinct immune abnormalities the next step is to show that drugs that remove the virus and recorrect the immune system abnormalities lead to improved health. Three drugs have been able to stop XMRV in the lab and Dr. Lombardi felt many more were potential candidates stating there was alot of ‘low-hanging fruit’ available on drug company shelves.