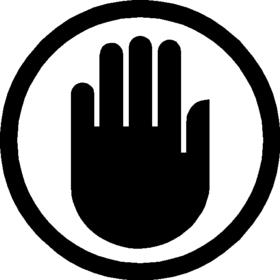 One of the most stunning things about the Lombardi et. al XMRV paper on CFS was where it ended up – in Science – the most influential science journal in the world. The fact that the paper landed in such a prestigious journal seemed by itself to confer ‘rightness’; that even though it was a first paper, and even we were reminded repeatedly that it was a first paper, it hardly seemed possible back then that it could not be right.

Now what Science given Science taketh away – or at least try to taketh away. Amy Dockser Marcus of the Wall Street Journal today reported that the editors of Science magazine have asked the authors of the Lombardi to voluntarily retract the paper.

There are two ways that scientific journals attempt to ‘clean up’ papers that future research has shown to be faulty; corrections and retractions. The original authors of the Science paper have already gone the correction route – they published a correction last year. Now, with several dozen negative studies and two more on the way – which may be whoppers given Sciences request – the Science journal has called for a retraction; a statement by the authors that their original study was flawed and that it should essentially be disregarded.

FROM WIKPEDIA: In science, a retraction of a published scientific article indicates that the original article should not have been published and that its data and conclusions should not be used as part of the foundation for future research. The common reasons for the retraction of articles are scientific misconduct and serious error.

In a letter to the Science Journal the original authors have rejected the call for a retraction. (It will be interesting to see to see how many of the original authors sign the letter. If Dr. Ruscetti and Dr. Silverman both sign it that will mean the core of the team is essentially intact).

Science could have gone further – they could have simply retracted the paper themselves. Instead they will be publishing an ‘editorial expression of concern’ that expresses ‘serious doubts’ about the paper, which, Amy Dockser Marcus reported, will make it even more difficult for the WPI to get funding.

Retractions are not common but they’re not unheard of either. Accord to the Marcus article about 70 research papers are retracted a year. Retraction are based on either error or fraud. We don’t know the basis for the requested retraction but it is presumably simply error since no allegations of fraud have ever even been hinted at.

In the Limelight…Risky Business – One article suggested that more papers should be retracted than actually are and it noted one study which indicated that papers in top journals like Science are more likely to be retracted simply because they bring more scrutiny than papers. The high level of scrutiny apparently compels a journal to make a public statement about a paper it believes was faulty. With 214 other journal articles citing the original XMRV paper, it has been well scrutinized indeed.

While Science did not take the ultimate step and simply retract the paper themselves the request for the retraction indicates that the editors have little or no confidence in the veracity of the original findings. The Editorial of Concern should highlight their misgivings.

The two more negative papers on XMRV that Dockser-Marcus reported are coming out brings to 28 the number of studies that have, outside of prostrate cancer, looked for XMRV and have been unable to find even the background levels of XMRV the WPI asserted was present in the population.

WPI Response to Singh Paper Falls Flat At Science – In their response to the Singh paper the WPI asserted that one gene sequence already in GenBank and other sequences they were providing to GenBank proved enough variability was present to cast doubt on the contamination theory. Those assertions either did not sway the editors of Science or have been dashed by aside the two papers about to be published.

A Big Week – We will know more on June 2nd when the two papers, the Expression of Concern and the WPI’s response to the Request for Retraction are published. Not long after that a conference on retroviruses will feature an important presentation by Dr. Silverman, the researcher who got the WPI involved in the search for XMRV, on whether XMRV is a contaminant or a virus infecting humans.