There’s been a lot of interest, and of course questions, in the CFIDS community about this new form of treatment called Amygdala Retraining by Ashtok Gupta. I have listened to the DVDs and employed some of the techniques over the last three months and would like to share my thoughts about it. I am a psychotherapist of 20+ years and also taught psychology classes at a Seattle graduate program for 4 years, so I bring professional training to my review. I have also had CFIDS for 18 years and have achieved about 75% recovery. 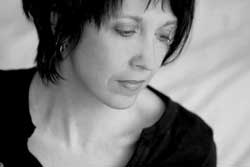 First I want to say that I like Ashtok. He is sincere, very positive, encouraging and a CFIDS survivor himself. His enthusiasm is contagious-and I am a hard sell. He is a kind and patient teacher.

My first question mark when listening to his introduction was about what a relatively short time he had (yes, past tense-so a second question mark went up in my mind). I wondered if he had the same depth of brain injury and debilitation that those of us who have suffered much longer have. But listening to his experience, it does sound like he had CFIDS. But are treatment approaches more effective for people who are in the early stages? The jury is out, but I do think that is likely true. I believe that the earlier people accept their diagnosis, the seriousness of the illness, make dramatic lifestyle changes and begin effective treatments, the greater the likelihood that their arch of illness will be much shorter. As the CFIDS Association once said, “The longer you have it, the longer you are going to have it.” To which I’ve said: “Ugh.”

Regardless, Ashtok has done his homework and has packaged a comprehensive and well thought out treatment program. There has been some negative reaction among the community that he is an “entrepreneur.” So what! What is wrong with innovators wanting to make a living off of their innovation?. I want to make a living as a singer/songwriter and no one would think there is anything wrong with that. Also, Ashtok spent a lot of money producing a quality DVD and he keeps it very affordable. Right now you can get it for about $200. A steal.

Also, this man has put his money where his mouth is: he offers a money back guarantee if after 6 months you are not satisfied with your experience with the program. Because I am in the public eye as a singer/songwriter, I am often interviewed about my path from illness to music. I always take the opportunity to educate the public about CFIDS and to speak honestly about the suffering due to both symptoms and people’s unwitting cruelty due to ignorance and fear. Ashtok saw an article about me in a UK publication and contacted me in order to offer his program to me for free with hopes that I might some day speak about my experience with it-“no strings attached, however.” That certainly shows how much he believes in his product as it just as easily could have turned out that I would go public with an unfavorable critique. But that is not my conclusion.


Over my years with CFIDS, I have used many of the techniques he is teaching, so many elements are not new to me. However, the comprehensive way he offers a synthesis of approaches is worth the money to anyone who has not developed any or even just a few of it’s disciplines.

The first thing he teaches about is from, what you would call in my business, Cognitive Behavioral Therapy. I am unclear why some of his literature says that his approach is not CBT. CBT includes what is called Thought Stopping. Ashtok teaches people to be aware of their anxious, negative or even destructive thought patterns about the illness that he believes serve to keep the up-regulated brain in over-drive, and then consciously stop those thoughts, “stop, stop, stop.” I certainly agree with him that there are stress hormones racing through our bodies much of the time and that the source of this is a dysregulation in the brain. I learned from Ashtok that the part of the brain that is damaged is called the amygdala. Prior to his program I assumed the brain injury was permanent damage, but part of his program is his heartfelt belief that this can be retrained and corrected. I don’t know if this is true. I hope he is right, but I do feel skeptical. Let me repeat: I hope he is right and he clearly believes it is absolutely possible.

After saying “stop, stop, stop,” Ashtok adds the other steps of his protocol a full protocol with what my business would call Cognitive Restructuring. He believes that changing these thoughts rewires the brain. Also for any of you familiar with “the secret” and other paradigms of thought consciousness, you will recognize that one aspect of his paradigm is about the power of thought.
This is not to blame the victim. No one wants to be sick or goes looking for it. But shouldn’t we pull out all of the stops to seek improvement?

The next step in the core of his protocol is visualization of being well. This can be a tough one if symptoms are crushing and also if you have had the illness a heartbreaking number of years. However, I do believe in the power of visualizing. At the very least it can turn around your mood afterwards and can instill an image of the possibility of a brighter future. After all, the CFIDS Association has always maintained that “most people get better over time.” But Ashtok takes it one step further and says his program can speed up the recovery process. And while I am skeptical, he also states that CFIDS can be healed. Only time and the dedication of PWC’s will tell.

He offers other valuable stress management and relaxation techniques such as a yoga breathing and mindfulness meditation. He believes both of these things help correct the brains dysfunction. I think he could be right.

The form of meditation he teaches is also called Insight Mediation or the Indian word for it, Vipassana. I have studied and practiced this form of meditation for many years and can speak to its value. One thing it can help with is to increase our awareness of how we clench our bodies and how to let go. This can lead to us being more fully in our bodies and increase attunement and paradoxically show us that we are more than just our bodies.

Also of tremendous value, which he does not speak to as much, is that meditation increases our insight (hence the name) of our thought patterns. I learned that most of my mind’s time went toward “remembering (mournful thoughts), worrying or planning, depending on which stage of recovery I was in. So, this discipline can then help us be much more aware, when we aren’t meditating, of the thoughts that we need to apply his protocol to.

I have only a couple of critiques. The first is his belief that we need to focus less on the body and do less of what he calls “body scanning.” But I think there is an important distinction to be made. I don’t believe it helps at all to obsess about the body, especially if the consequence is creating anxious thoughts about it. But I am completely convinced that it was (and is) my own highly honed attunement to my body that helped me gain so much recovery. First of all, it helped me to know what treatments helped and what did not. But more importantly, my devotion to my body helped me become clear about my true level of energy on any given day (which for a few years was NONE) and ultimately how to function within that box so as not to be constantly tapping my reserves. The CFIDS Association has always labeled this “lifestyle change.” Lord, that always annoyed me. More like “lifestyle destroyed.” Nonetheless, I think it is key.

There is a psychologist named William Collinge who puts forth a theory he calls “the 50% solution.” He takes the role of “resting” and “lifestyle change” to a whole new level. He states that we should never expend more than 50% of our day’s allotted energy so that we never hit what I call “the wall” and what he calls depleting your reserves. Instead, we reserv energy that can then go toward healing. As we all know, many times life’s necessities makes this impossible. Still, for me, it was an invaluable way of thinking about it-and it helped me truly believe that every time I honored my fatigue as a sign it brought me one tiny step toward recovery.

One fine point with which I do not agree is Ashtok’s statement that the core of our sleep disorder is anxious thoughts. No way, baby. I am basically a fairly calm person. My sleep disorder is a CNS problem-several times a night it’s as if someone has entered the room and turned on the lights shouting “time to get up!!” Sometimes I THEN get an anxious thought like “Crap, I am going to be wiped out for my gig tonight,” but that is not the core problem. The chicken (the CNS problem) definitely comes before the egg (anxious thoughts) in my case, and many others who I know.


I don’t have negative thoughts about CFIDS very often anymore. I get anxious about my finances (dismal) and about the music business, but not about CFIDS. This would NOT have been the case the first 10 years and so Ashtok’s protocol would have been more helpful for me back then. I highly recommend getting a handle on these thoughts. Having said that, Ashtok did remind me of the things I used to do that helped. Once I began turning the corner, though, I couldn’t wait to get away from all the things that constituted my “treatment,” but was actually a way of life.

Mind you, I didn’t throw caution to the wind and turn into an idiot about CFIDS, but I did move away, a bit, from various disciplines
that I was sick to death of like yoga and meditation. But Ashok has renewed my commitment to these things and made me believe, once again, that “everything I do helps.” Nice. 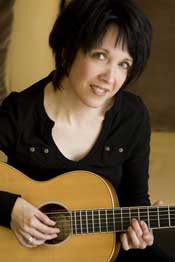 So here’s how my daily life has changed as a consequence of this DVD program:

Perhaps the best thing Ashtok is doing for me is renewing my commitment to myself and given me some hope that I can still move forward, even after 18 years of this illness. I think that’s well worth the price of the DVD.

To learn more about me, my late-in-life path to music and to hear song samples (some inspired by the illness experience), go to my website