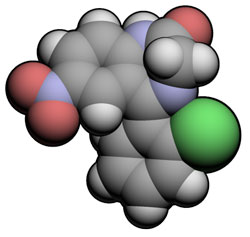 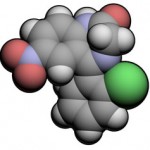 A benzodiazepine that calms down the brain by reducing the ‘set point’ at which it’s neurons are activated by increasing the production of GABA, a chemical that reduces neuronal activity. Klonopin has primarily been used to treat panic and seizure disorders.

Klonopin May Work in CFS Because…

Overactive neurons in patients brains may lead to ‘information overload’, oversensitivity to stimuli and exhaustion. Imagine being surrounded by a bank of TV sets and trying to concentrate on all of them – that’s what may be happening in CFS. Dr. Cheney believes this constant flood of information may cause the state of ‘sensory overload’ that requires patients to seek a place of quiet to rejuvenate themselves. Dr. Baraniuk believes the ‘gates’ that filter information into the brain may be damaged. Several studies suggest, in fact, that the brains of ME/CFS patients have difficulty turning their attention off of innocuous stimuli such as background noise.

By reducing the ‘set point’ at which the brain becomes active Klonopin and other drugs and therapies that reduce central nervous system ‘arousal’ may give the brain the chance to rest and rejuvenate itself. Dr. Bell states Klonopin is most effective in those patients who feel ‘wired but tired’.

Klonopin’s effectiveness in ME/CFS is intriguing given that one of its side effects is fatigue. Too much Klonopin can, in fact, cause fatigue but just the right amount will increase energy levels and calmness. Physicians seek to find the ‘sweet spot’ between over and over activation of the brain.

Healing A Damaged Brain? – Dr. Cheney puts Klonopin in the ‘neuroprotector’ category. In 2000 he stated that since overactive neurons eventually burn themselves out and die that ME/CFS patients will suffer neuron loss unless this problem is brought under control. A 2001 report from Carol Sieverling stated Dr. Cheney believed high doses to battle severe relapses could make one drowsy but would not otherwise have negative effects. Dr. Podell, alluding to benzodiazepines,  reports that “a proportion of people with FMS/CFS do surprisingly well with this class of medicines, even with long term use.” He finds its sometimes useful to combine a low dose tricyclic antidepressant with Klonopin.


Other physicians are more cautious.  Dr. Klimas stated that she tries not to prescribe benzodiazepines such as Klonopin but when she does so she does at the lowest possible level.  Dr. Bateman reported  the central sensitivity sometimes found in ME/CFS can make dose reduction, once one is habituated to the drug, ‘very difficult’, causing ‘markedly amplified’ withdrawal symptoms. She prescribes the drug ‘sparingly’ and generally doesn’t exceed 1 mg at bedtime.   Dr. Lapp reported that once tolerance appears its best to taper off the drug and he generally does not exceed 2 mgs at bedtime.

Clonzepam is the generic form of Klonopin. In Dr. Cheney’s experience Clonzepam is not quite as effective as Klonopin. Dr. Bell, however, reports good success with Clonzepam.

Carol Sieverling. 2000. Paul Cheney, M.D on Klonopin – Protecting Your Brain. by Carol Sieverling from the CFIDS and FMS Support Group of Dallas Fort Worth