“A Prescription For Sleep”: Sleep Drugs For CFS and FM 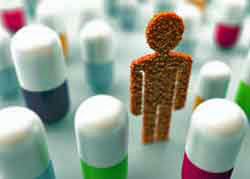